Their detractors will always tell you that cats aren’t the friendliest of animals, but this is a pet clearly no one should try to mess with!

Perched high up in a tree, the cat looks like it’s clutching onto a machine gun. 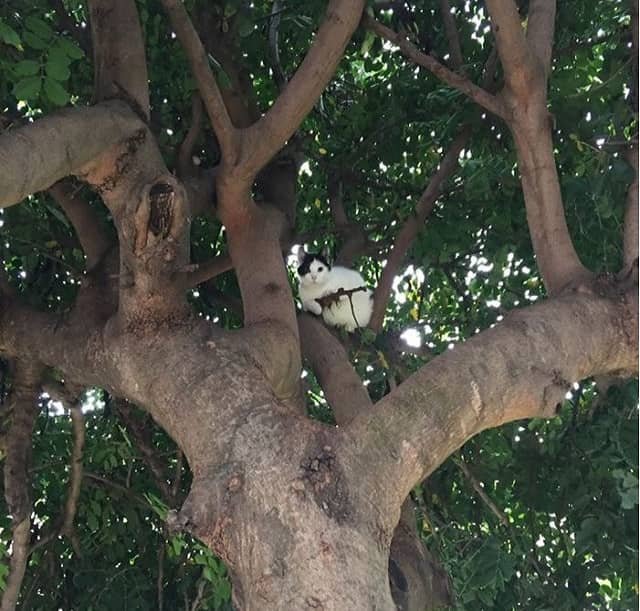 It’s hard to tell when it’s so high up, but it may just have the eyes of a killer.

In which case, then we should all be worried.

It was spotted by BoredPanda, which warns: ‘Cats are taking over the world. This kitty was spotted in the tree holding a cat-sized machine gun, and things are about to get messy.’

And of course, the internet has responded brilliantly, with the cat now featured heavily in many Photoshopped images. See more below! 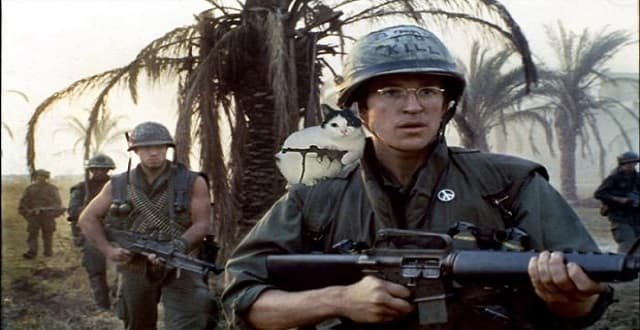 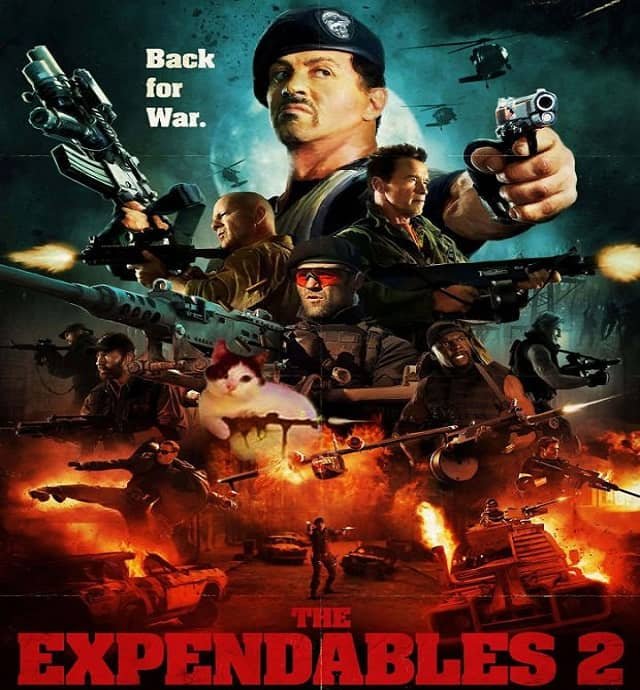 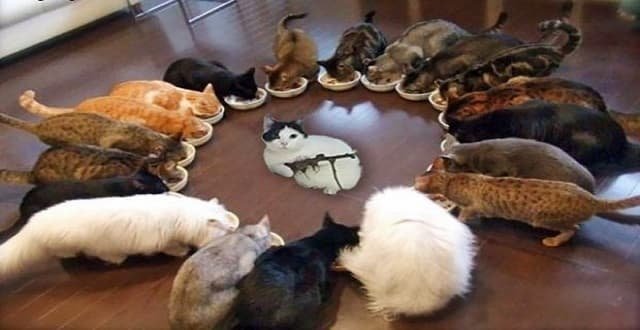