It was very heart warming reunion when a couple found their beloved cat who managed to survive the massive Northern California wildfires miraculously unscathed earlier this year.

Debi and Jeff Brusatori were forced to leave their home immediately as the Fork Complex fire spread. They tried to take their beloved cat with them, but the panicked cat ran away from them. 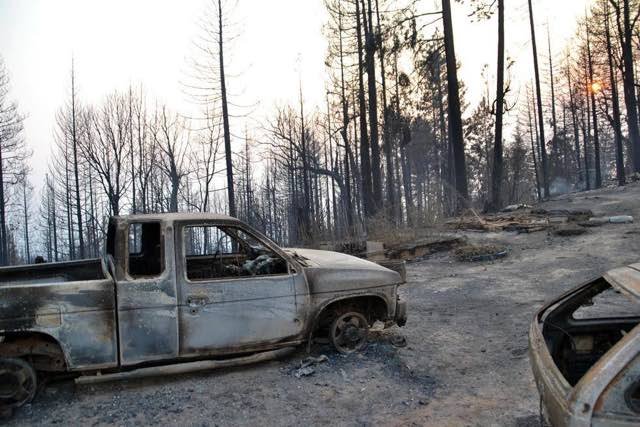 When the couple returned to their devastated home, they couldn’t believe what they saw. Turned out their cat Ruthie Rosemary had miraculously survived. She was found under a burned out truck.

“Ruthie Rosemary the cat survives wildfire! Out of devastation comes a heartwarming story about a family pet thought to be lost to the flames of a Fork Complex fire.

Debi and Jeff Brusatori of Hayfork were forced out of their home due to encroaching fire. Ruthie Rosemary, a 3 to 4 year old Calico Tabby, was loaded up but jumped out of the car and sadly, had to be left behind. When they returned to their severely burned property about 5 days later, they heard a familiar mew coming from a burned over truck. It was Ruthie Rosemary!”

Jeff is completely overjoyed to be reunited with his beloved cat. 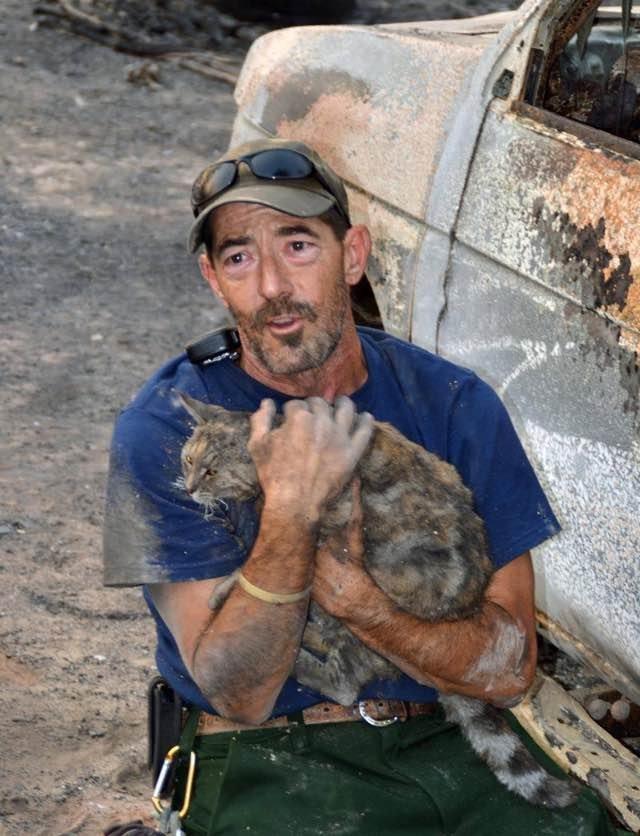 “She was found under the truck, though where she hid during the fire is anyone’s guess. The fire was so intense that aluminum parts of the vehicles melted. Other than singed whiskers and eyebrows, little Ruthie Rosemary is unharmed.”

After a fire, there are things which can always be replaced. A life cannot be. 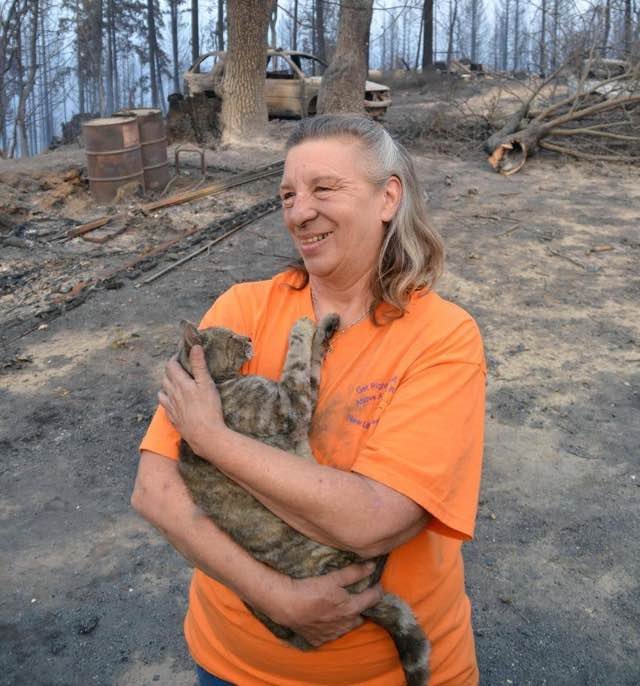 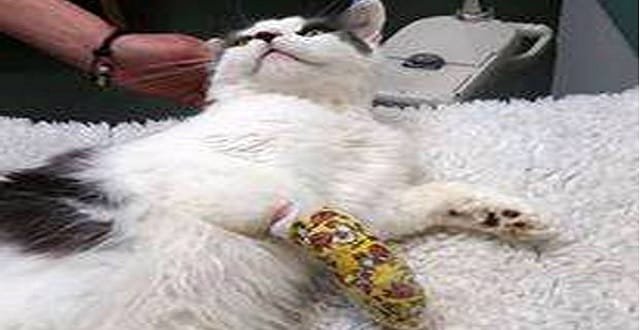 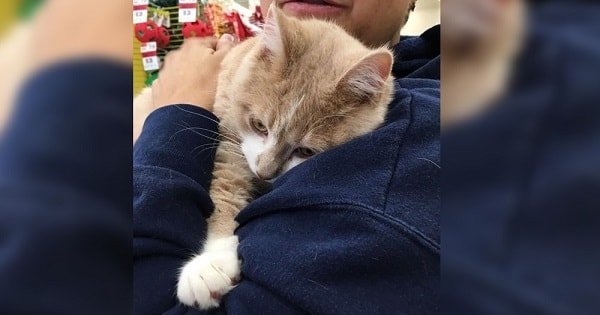 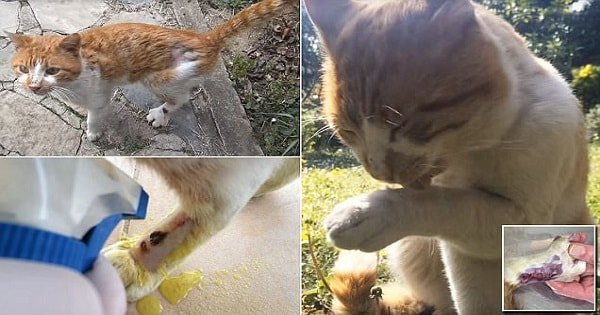 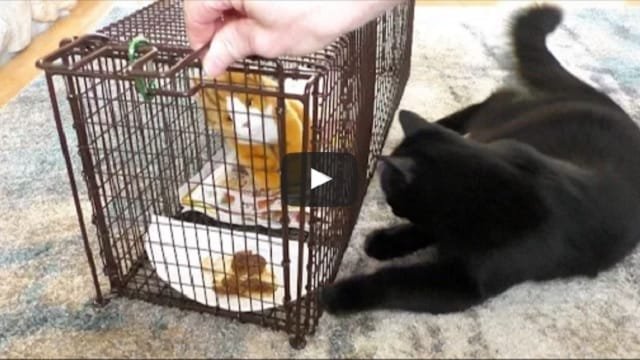 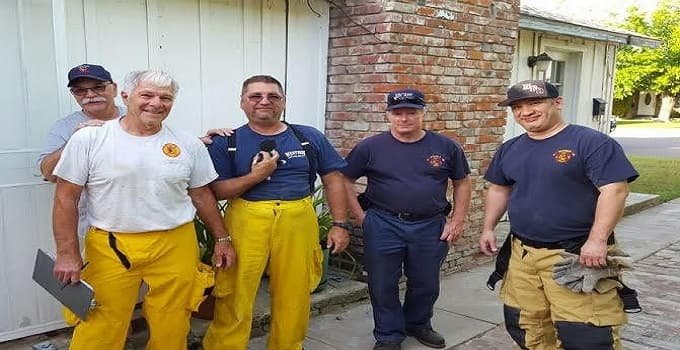 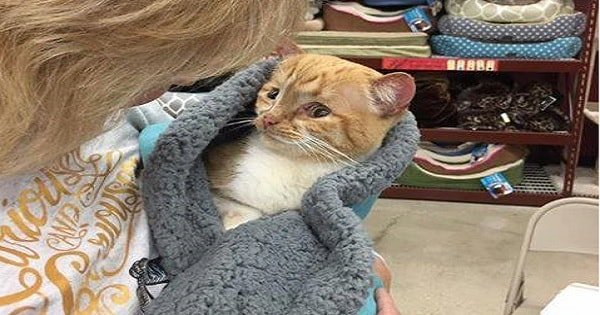