UNITED KINGDOM – This poor black and white kitten was only saved after a sharp-eyed member of the public spotted the bag wriggling around in broad daylight.

Inside the bag, the cat, who is estimated to be around 10 months, was bleeding because her collar was too tight and she was also badly infested with fleas.

The RSPCA has launched an official investigation into her abandonment which comes as the charity is handling a huge of number similar cases in Birmingham, Salford and Abercynon, Wales, where newborn kittens were left to suffer inside bags rather than their owners taking them to animal shelters. Many of these kittens simply don’t survive. In upwards of 30,000 cats were collected by animal welfare charities just last year in the United Kingdom, with the highest numbers during the peak “kitten season” summer months, but still owners are callously sentencing their unwanted pets to death by discarding them inside plastic bags rather than taking them to shelters.

This latest cat in a plastic case was reported earlier this week. 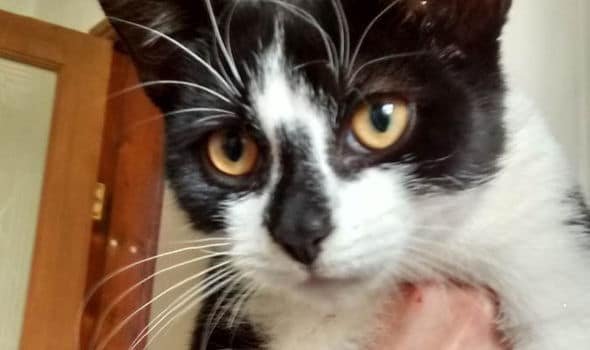 RSPCA animal collection officer Catherine Strawford stated: “It is so sad that someone thought it was acceptable to abandon an animal in this way. It is lucky that the cat was found as there is the chance that she might not have been.

“It looks as though she was not looked after well at all by her previous owner. We are keen to find out who abandoned this poor cat in such a senseless way.

“Thankfully, she will have a chance of a happy life now, as the person who called this into us has decided to keep her. She fell in love with her straightaway.” 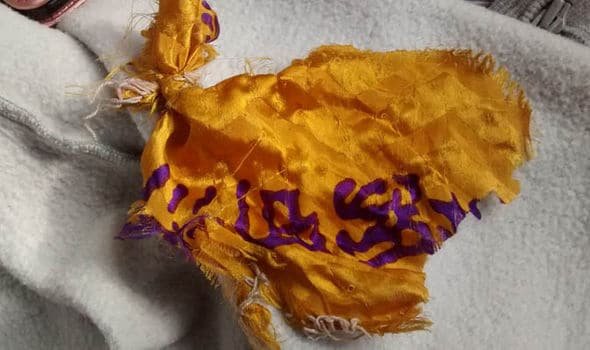 The kitten had a very distinctive piece of orange and purple silky material tied tightly around her neck when she was discovered.

Anyone who may recognize this kitten, the material or has any any information should call the RSPCA confidential appeal line on 0300 123 8018.