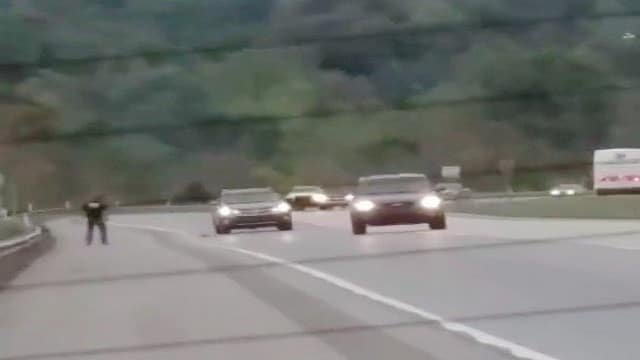 One night, a family witnessed a horrific sight when they saw a kitten tossed out of a car in the middle of a busy interstate. They immediately jumped into action and actually put themselves in danger to rescue her. 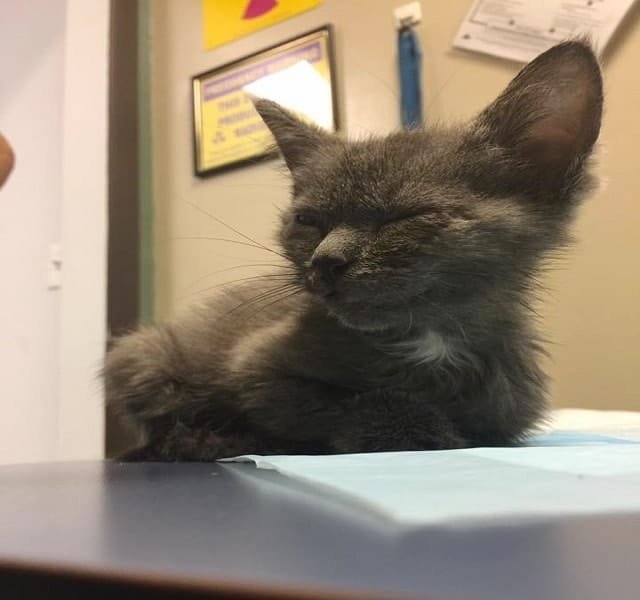 “This little girl was thrown from a moving vehicle on I64,” Itty Bitty Kitty Committee stated.

They family witnessed it all happen and stopped their car. The husband ran right into busy traffic on the interstate and saved the kitten’s life.

“They scooped her up and took her straight to the amazing team at Kanawha Valley Animal Emergency Services. This little girl is a fighter.”

Itty Bitty Kitty Committee, which is a rescue group in Charleston, West Virginia, accepted the little kitten and named her Hallie Greer as she was saved near the Hal Greer exit in Huntington. 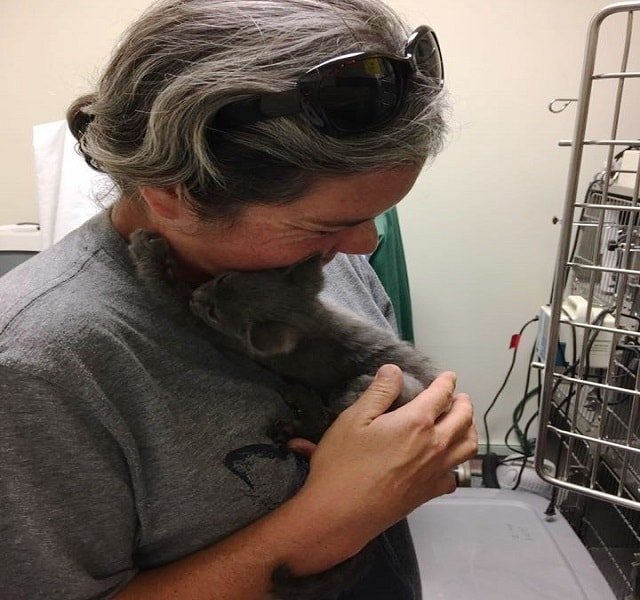 Little Hallie is so truly grateful to be safe and sound and taken care of that she hugs her rescuers every chance she gets!

She literally purrs non stop and she clearly, couldn’t be more thankful. 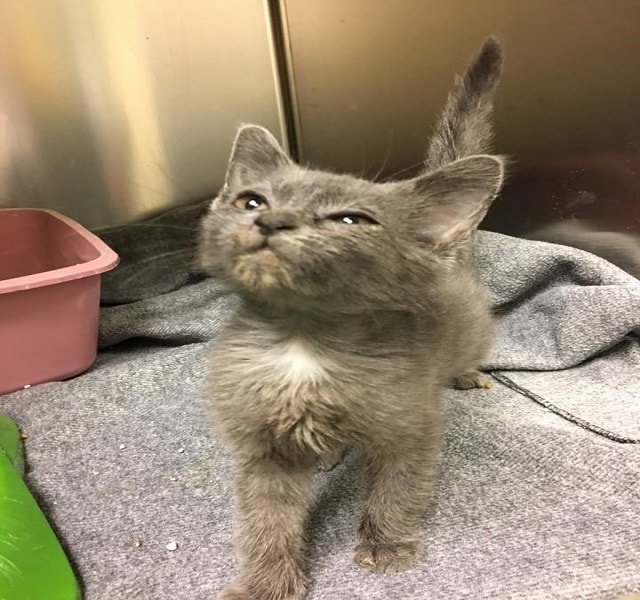 Just week following her rescue and Hallie was doing much better! 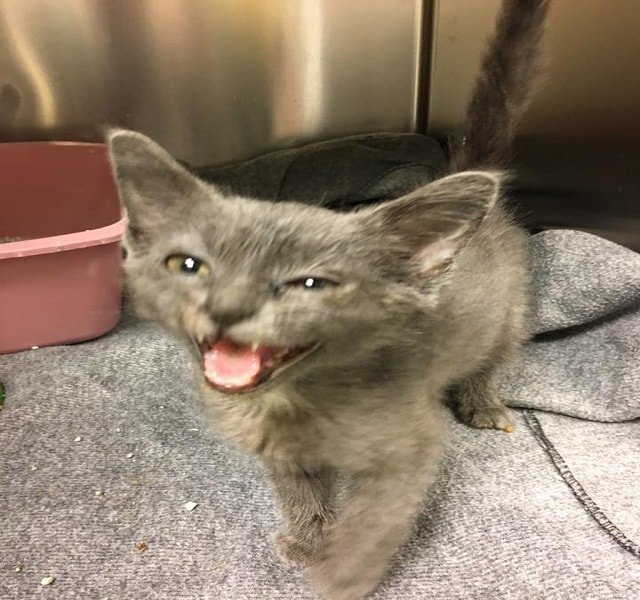 And she became quite the chatter box, talking to anyone who would listen. 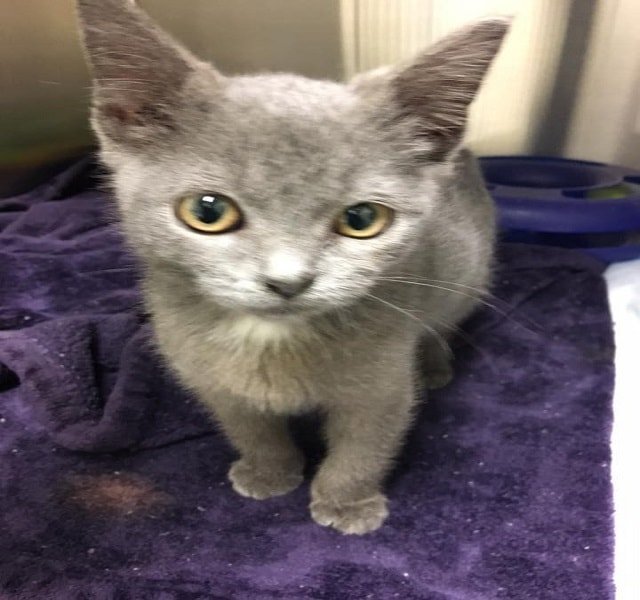 “Yesterday she went to her foster home and even received a pink collar with a little pink bell.

“You can tell from the photos that this little kitten, who we were told was possibly not even going to make it to the Emergency Vet, is very much alive and doing well.”

Little Hallie’s rescue is a true reminder that good people will always outnumber the bad. She’s a joyful little kitty soon to be ready for her loving forever home. 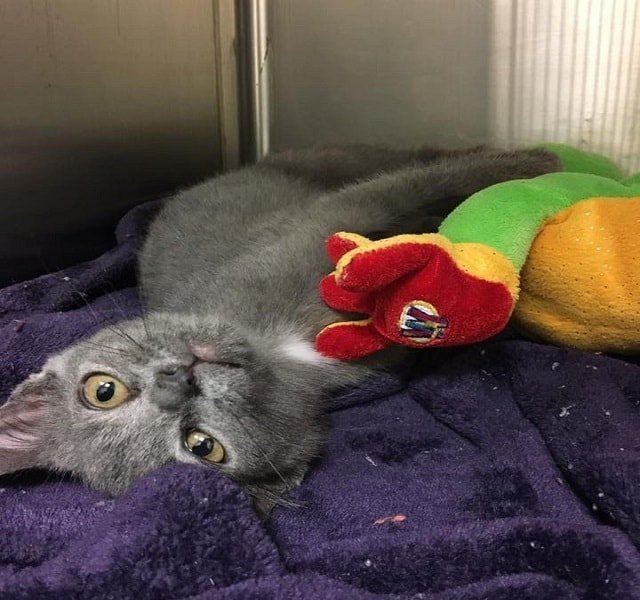 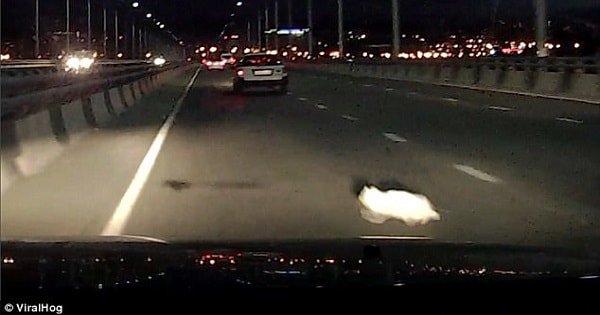 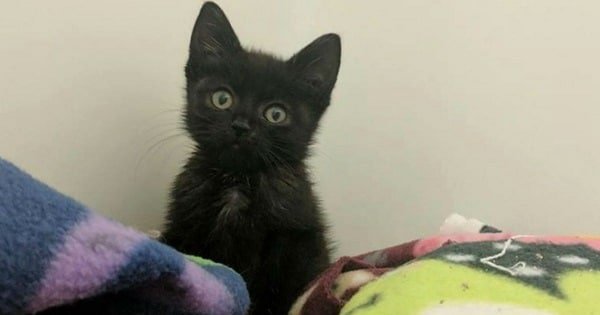 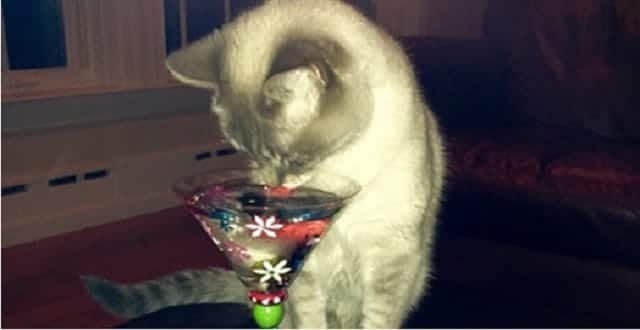 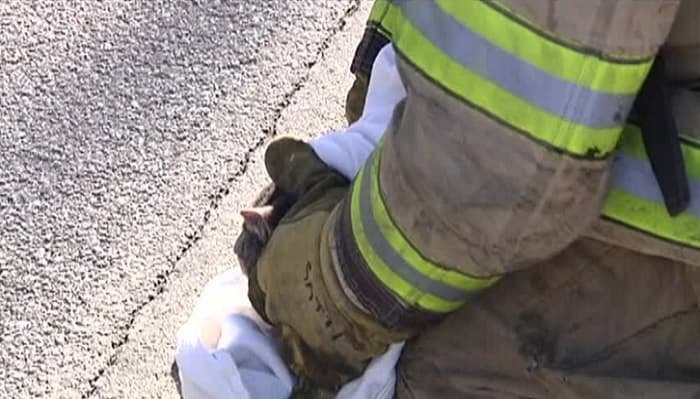 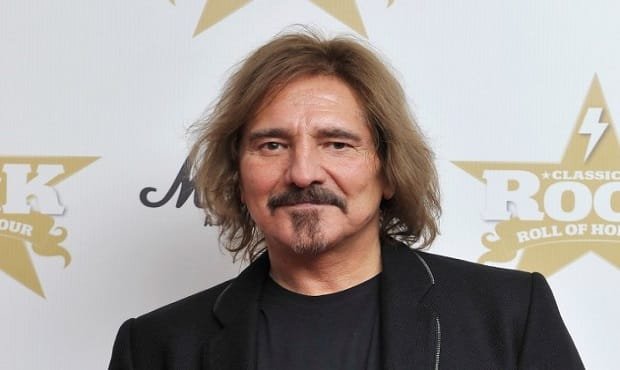