WINNIPEG, CANADA – A litter of kittens was pulled after many hours from a crack between a downtown building and its front steps in Winnipeg Saturday.

Erin Cornelius and Winnipeg firefighters removed four beautiful kittens from the crevice at the front of a building in the 300 block of Broadway.

The mom since has been reunited with her three female kittens and one male kitten. 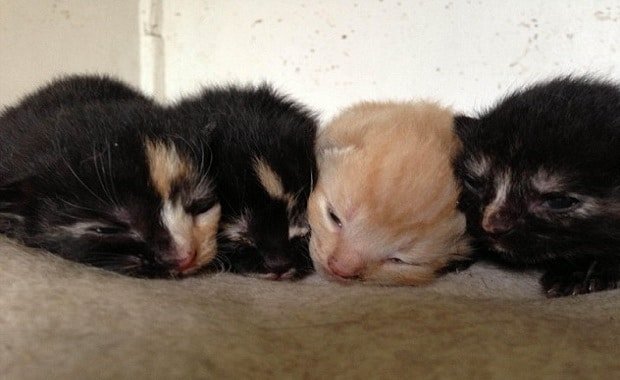 “Next step is to get everybody tested for [feline immunodeficiency virus], get them de-wormed, have their shots and they will be spayed or neutered and then be available for adoption.”

Klazura and Michelle Ashcroft run Ksen’s Kittens, which is a non-profit focused on saving stray and feral cats in Winnipeg.

Klazura said the mother of the kittens was actually reported as roaming around the area on Wednesday. Klazura set out to track her down and found her at the back of a downtown building.

“I thought she might be pregnant, but a few hours later I noticed she was actually producing a lot of milk,” Klazura said. “The only choice was to release her.”

Rescuers put the mom in a harness on a long leash and let her go where Klazura had originally captured her. She watched from a distance as the mom promptly led them to the Broadway building crevice.

“She led us straight to the babies,” Klazura said, adding her and Ashcroft put in about eight hours Friday and a whole day Saturday to save these kitties.

Ashcroft said all of the kittens are going to be named after all the firefighters who helped with the rescue process.

A fifth kitten remains stuck in the hole. Crews were working to take it out into the evening to get him out.

What an amazing rescue!