Little Trey is paralyzed in her hind legs. However, his heart is huge and strong!

He has actually formed an incredible bond with another kitten. No one is quite sure just what exactly happened to Trey, she was found by a woman when she was five weeks old.

Just look at how adorable she is! 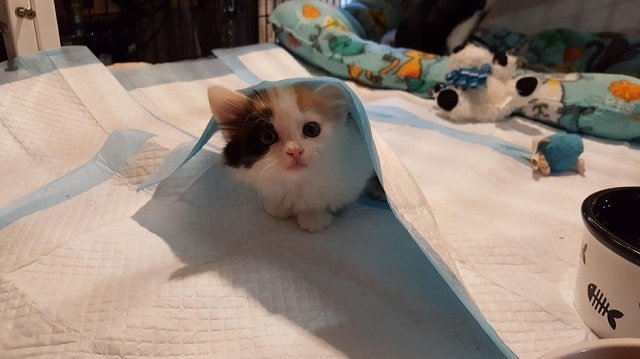 It’s possible that her injury could have happened before birth or after. Karla runs Keller’s Kats in Walworth, New York and she immediately took the kitten to Karla. 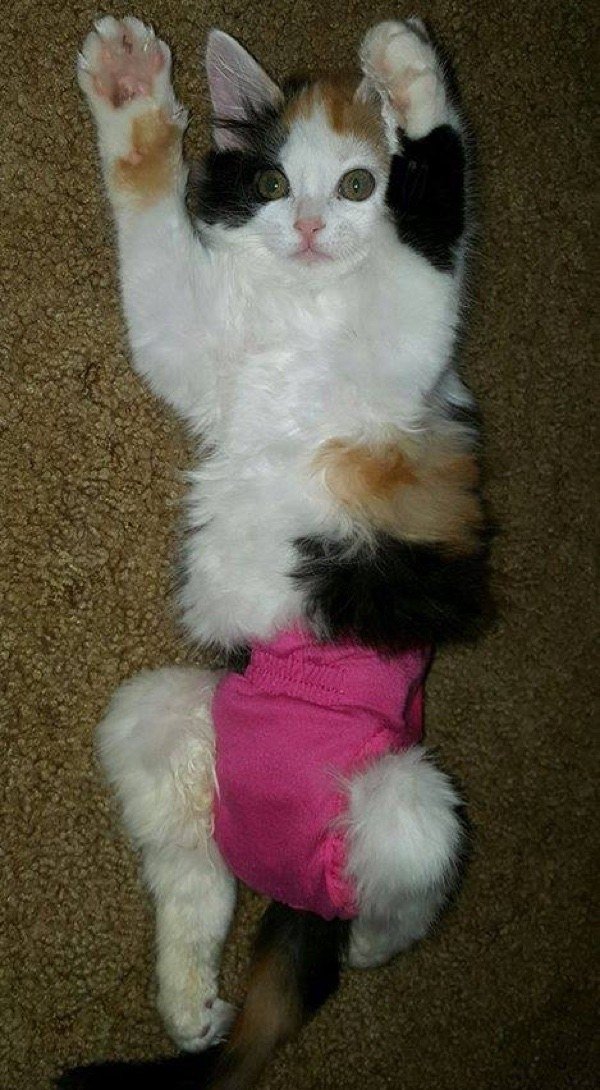 Trey is a complete love bug and loves to run around and get attention! Trey met a tuxedo kitten whose name is Delilah in August 2016.

Delilah wasn’t able to use her back legs either. After working with a vet for a month, though, Delilah began to show some progress. The two cats quickly fell in love and have adopted each other as sisters! 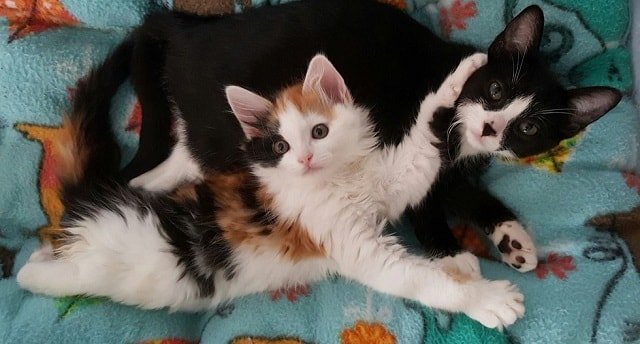 That is truly the greatest bond any kitty could ever have – sisterhood.

They spend each and every moment of every day together. Right here you can see Delilah and Trey are playing a little game of hide and seek! 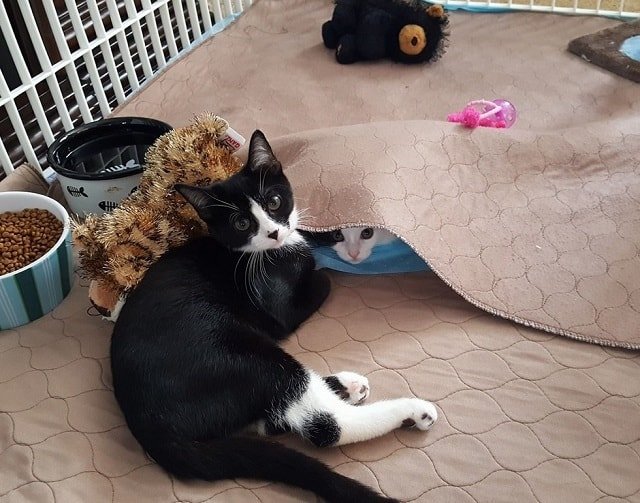 Trey has found her BFF and simply isn’t willing to let go!

Karla also took in another cat by the name of Spirit. Spirit suffers from cerebellar hypoplasia – but that didn’t matter to Trey or Delilah! 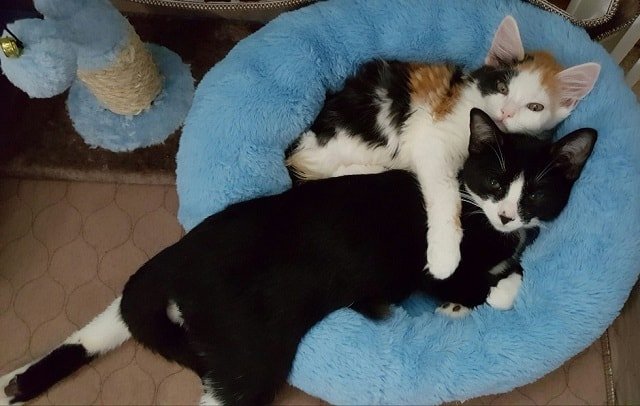 And it’s happened again – animals showing us that love shouldn’t be based on anything but the need to comfort and support each other. They immediately added Spirit to their cuddle huddle!

All three girls, Karla explains, clean, play, and sleep with each other. 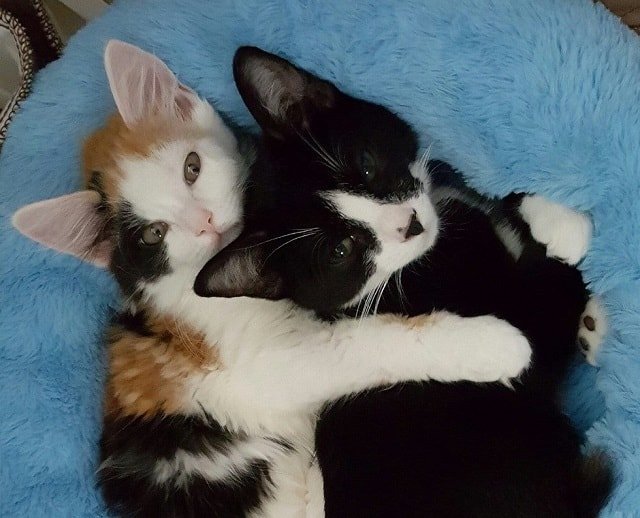 Watch Trey here as she plays around in the litter box as Delilah simply can’t resist and joins in the fun!