The kitten you can see in the pics was found by a woman when it was only a day old. If it wasn’t for the woman, it would surely not have survived. The cat rescuer found little Ollie abandoned outside a grocery store and took it home. She put a blanket on him and Ollie fell asleep. The lady knew she had to get the poor cutie to a vet, but she decided to wait until the morning. 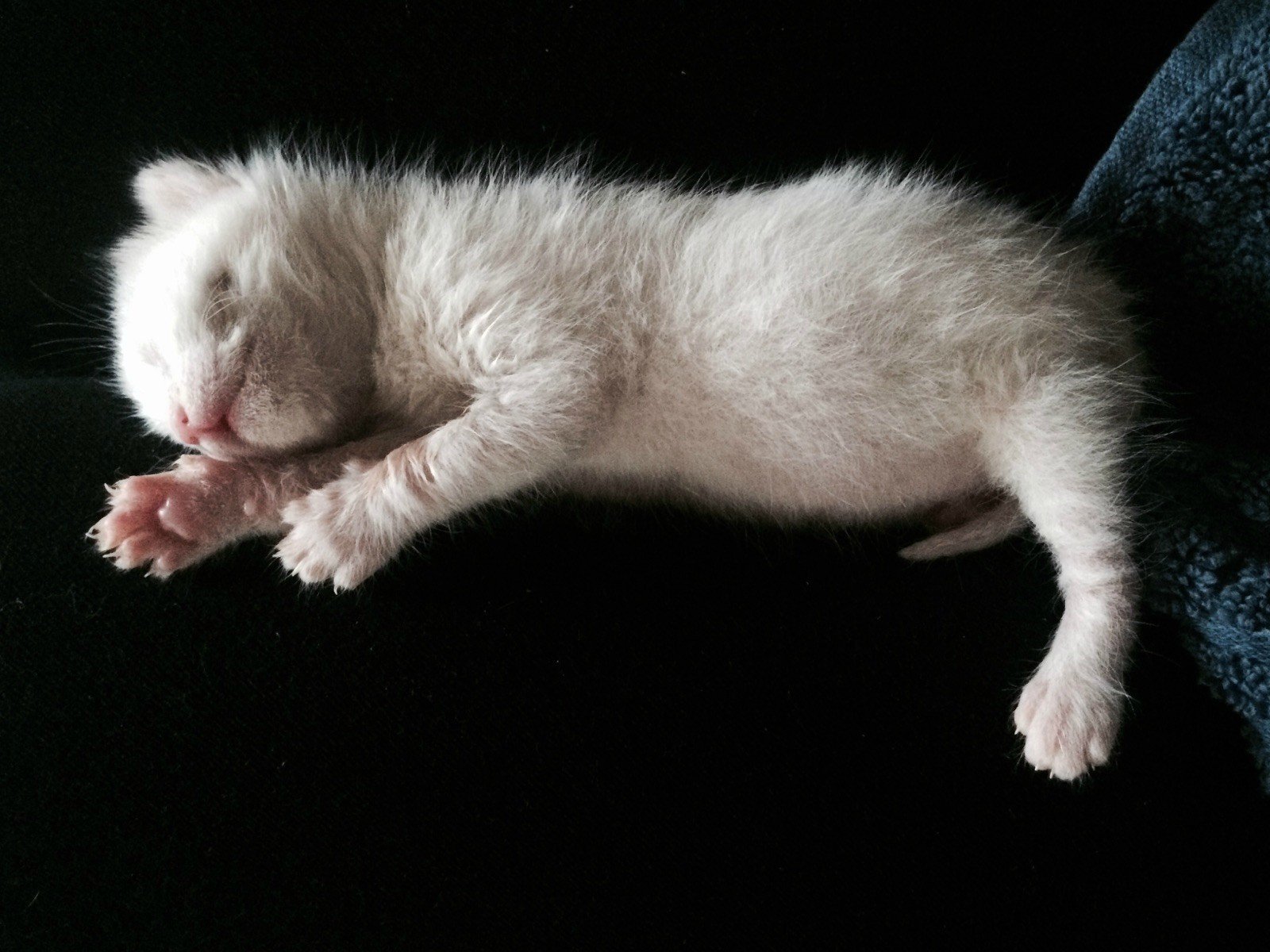 However, Ollie was in pretty bad shape in the middle of the night. The woman rushed him to the vet where the poor kitty was treated for dehydration. Fortunately, the kitten recovered in a day and went back home with his rescuer. Ollie made a habit out of falling asleep in unusual positions, and the woman, who goes by CaliCatLady101 on Imgur found it extremely funny. She took pics of the cutie pie sleeping in the funniest of positions while Ollie regained his strength. 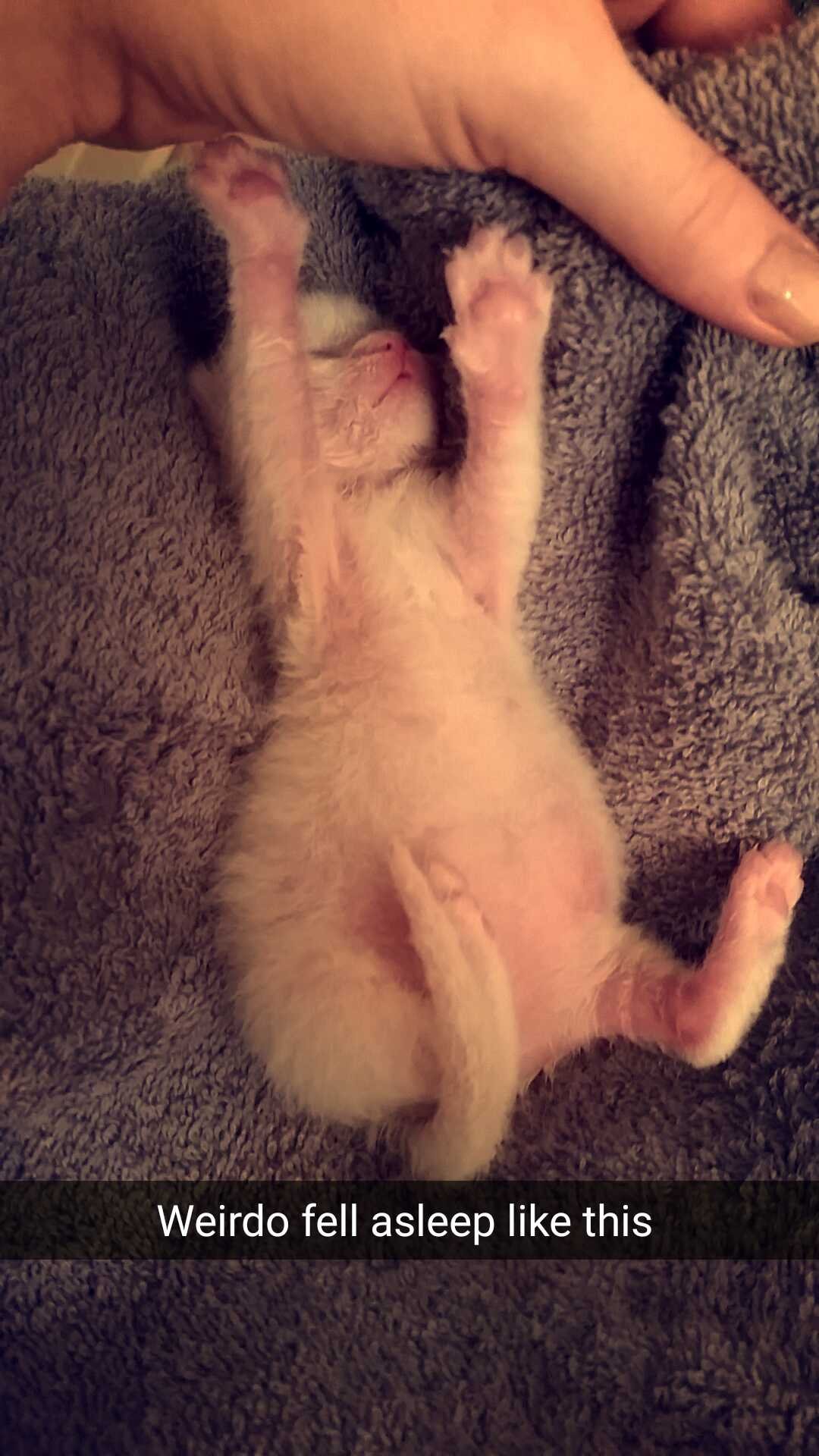 After 12 days, Ollie opened up his eyes for the first time, which probably meant he was out of the woods. CaliCatLady101 was happy to see her new pet pull through. The kitten grew bit by bit and always tried to perch on her shoulder. 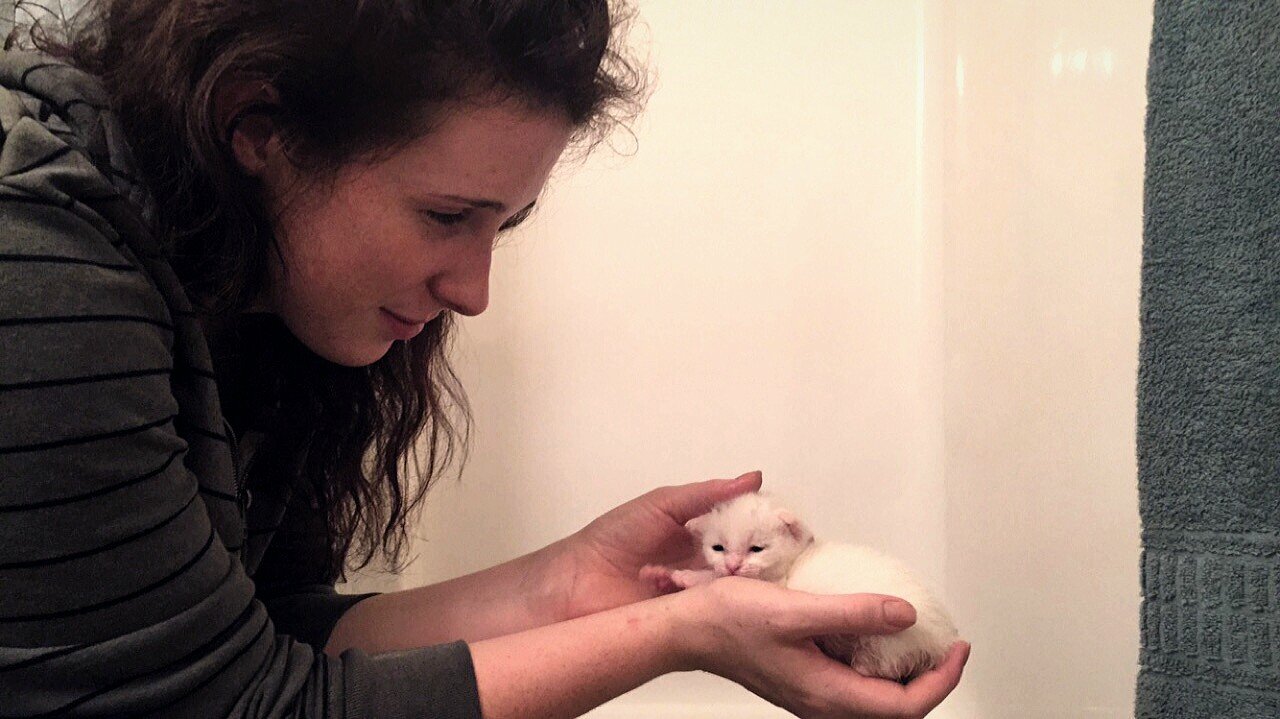 Even though Ollie’s rescuer initially thought about giving the kitten for adoption, she decided to keep him three months later. Judging by the pictures, they belong together. We’re so glad the tiny cutie pie managed to pull through – it’s a happy end story! 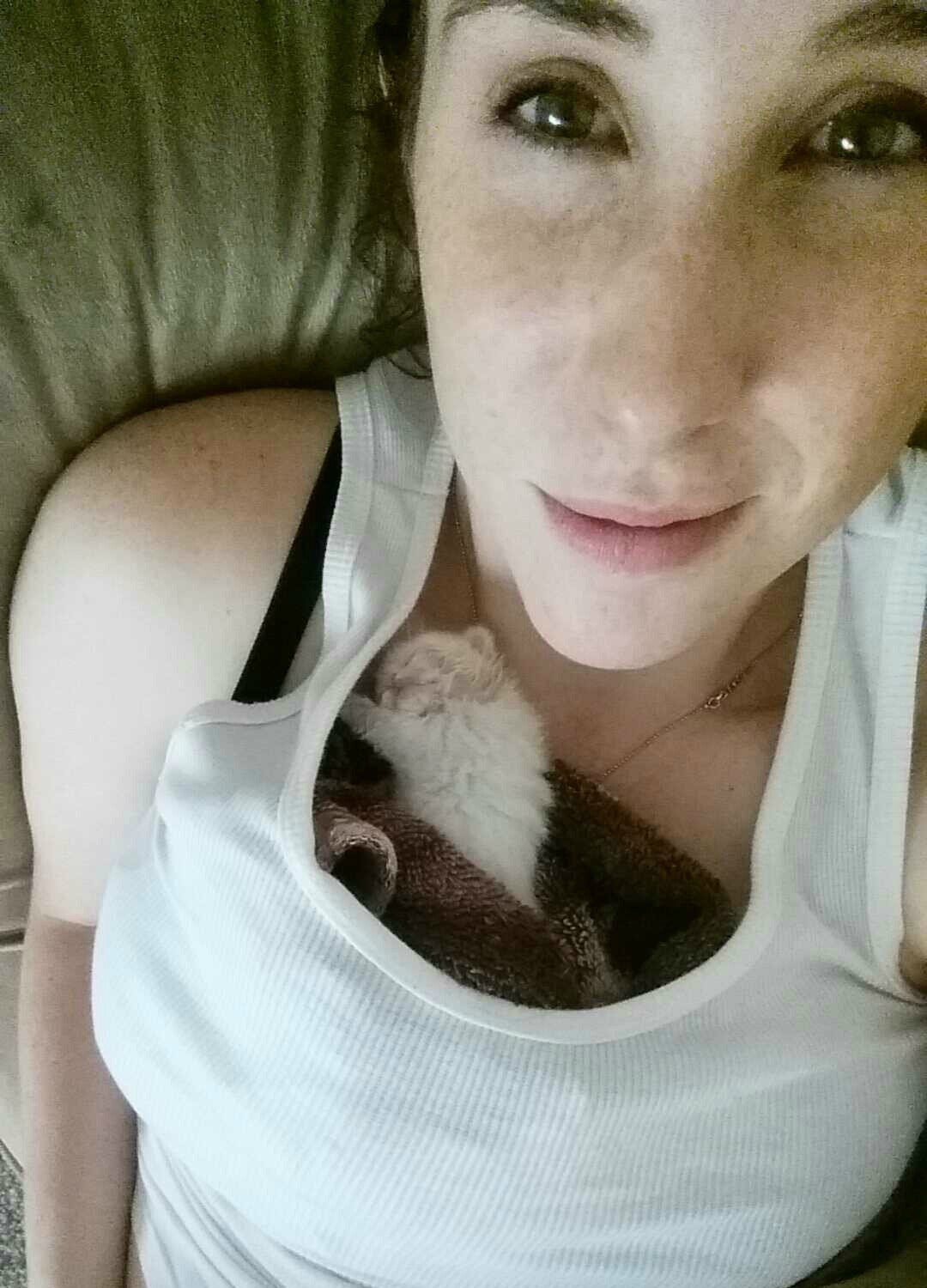