They went to the shelter with their puppy but decided to let her help them adopt a new kitty.

The puppy had no troubles in selecting this gorgeous kitty and they hit it off from the start! They even look alike!

(I) took the puppy to the shelter and showed her four kittens. These two instantly hit it off. Easy decision on my part,” reddit user jumperposse wrote.

“I’ve had cats all my life. Got to a point where I was able to get a puppy and kitten at the same time. My life goal is complete! The pup is Raven and the little hairball is Woodhouse. He thinks he’s people,” she added.

Woodhouse, in one photo, is holding paws with his new sister who adopted him from the shelter.

They’ve had the kitten for a total of two weeks and the puppy loves to nibble on his ears. That is clearly her way of giving kisses, and the kitten keeps running back for more all the time.

Since they met for that first time, they have been completely inseparable.

“They bring a lot of joy into my life. I just recently moved nine hours away from all my family so having these two has definitely helped.”

Raven is very protective of her brother from another mother. “He’s all mine!”

Once they choose each other, it means forever.

It was love at first sight! 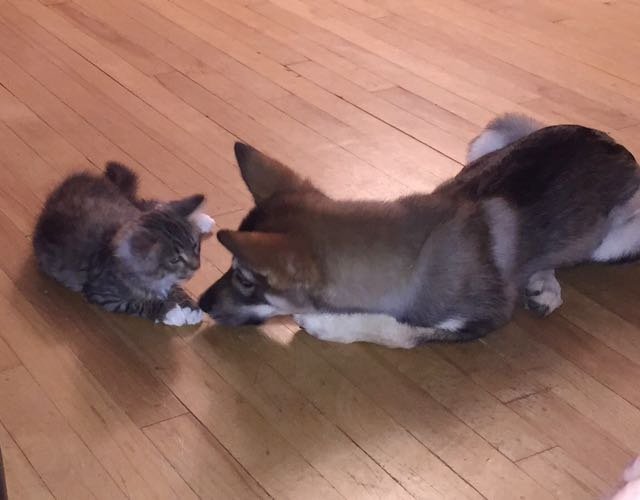 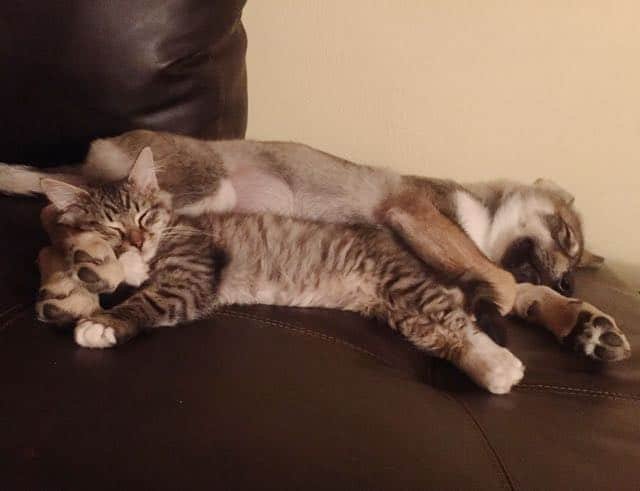 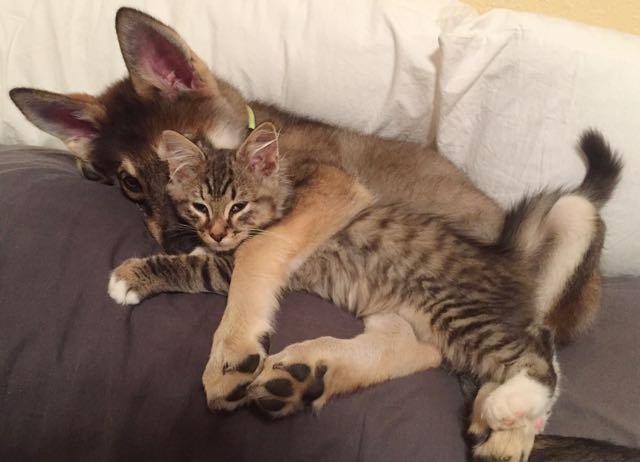 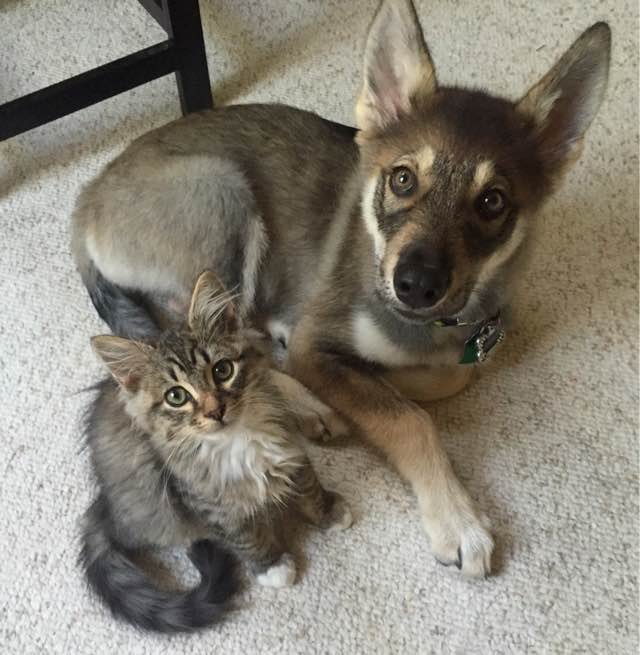 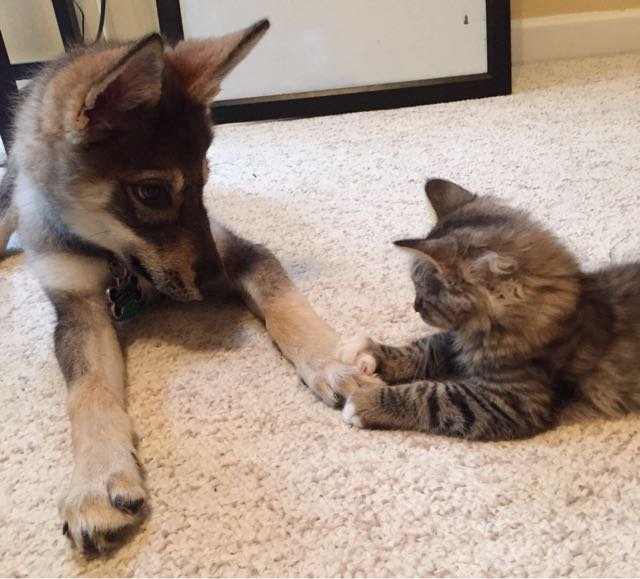 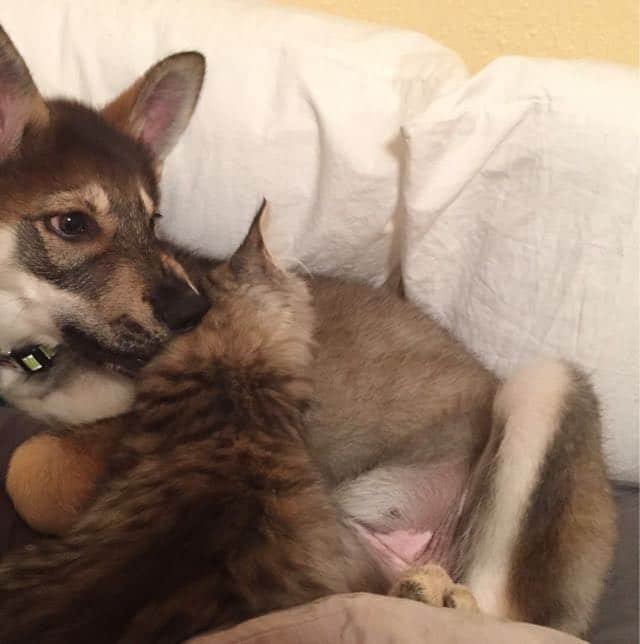 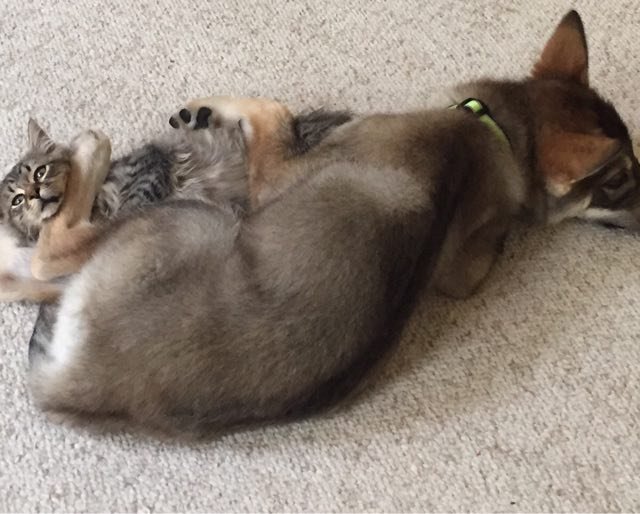 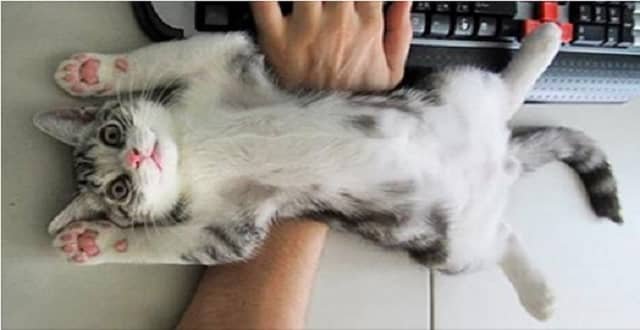 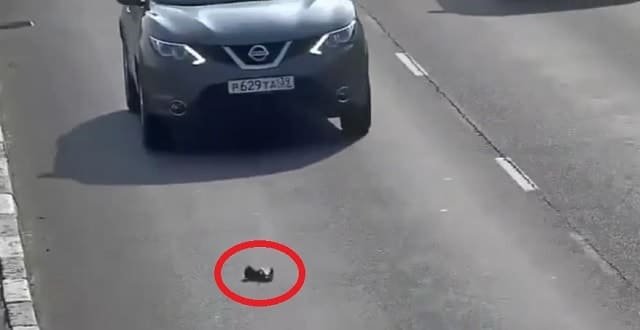 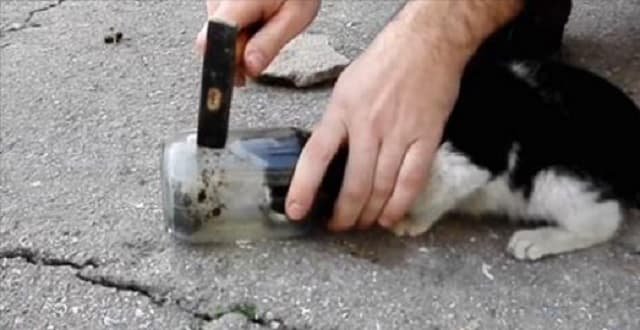 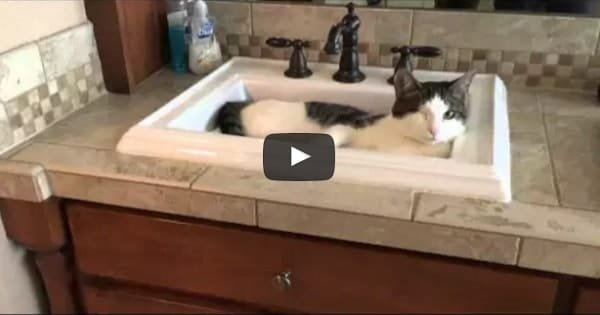 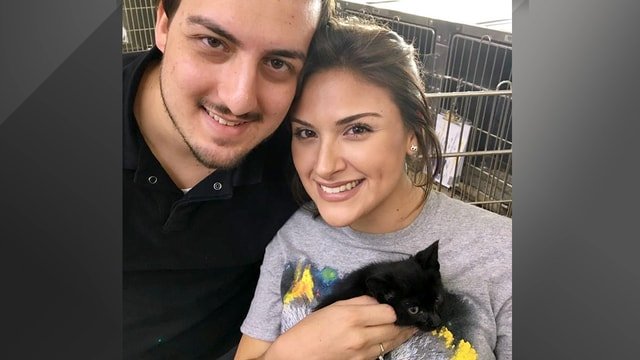