JOHNSON CITY, TENNESSEE – They say that all cats have nine lives. If that’s the case, then Squeak, the 29-year-old cat living in Johnson City, Tennessee should have many more years to go.

Squeak has already outlived most cats by almost 15 years. If you do the math using an online cat calculator, that means she’s about 132 if you calculate her age in human years. However, just by looking at her you’d never know!

“I never thought she would last this long, but she’s doing it,” owner Thomas Hylton stated. “She still thinks she’s a kitten, running all over the place!”

She’s a bit shy when she first meets you, but once she breaks out of her comfort zone, she’s all ready to go. She loves to get her belly massaged, peek out the window, eat her favorite meal, and every now and then get herself in some trouble. 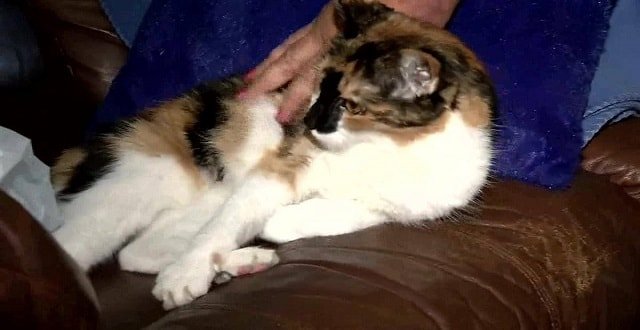 “She loves getting in my tool box! Anything that rattles she’s here,” Thomas stated.

Squeak was born in the year 1987 and has become a vital part of the Hylton family. She’s been through a lot and has even given birth to a total of four litters.

“She’s always been right there with us,” Dixie stated. “She sleeps between us at night on the bed.”

If you don’t think this feline is already cool enough, then get this – in just a few months you could be seeing Squeak in the Guinness Book of World Records for being the oldest living cat, beating out the current title holder, Corduroy, by more than 2 years.

If only we could ask her the secret to a long life, but her owners did give some insight into that.

“Everything she does is different than all these other cats,” Thomas stated.

The Hylton family is now waiting on the final verification from Guinness World Records.